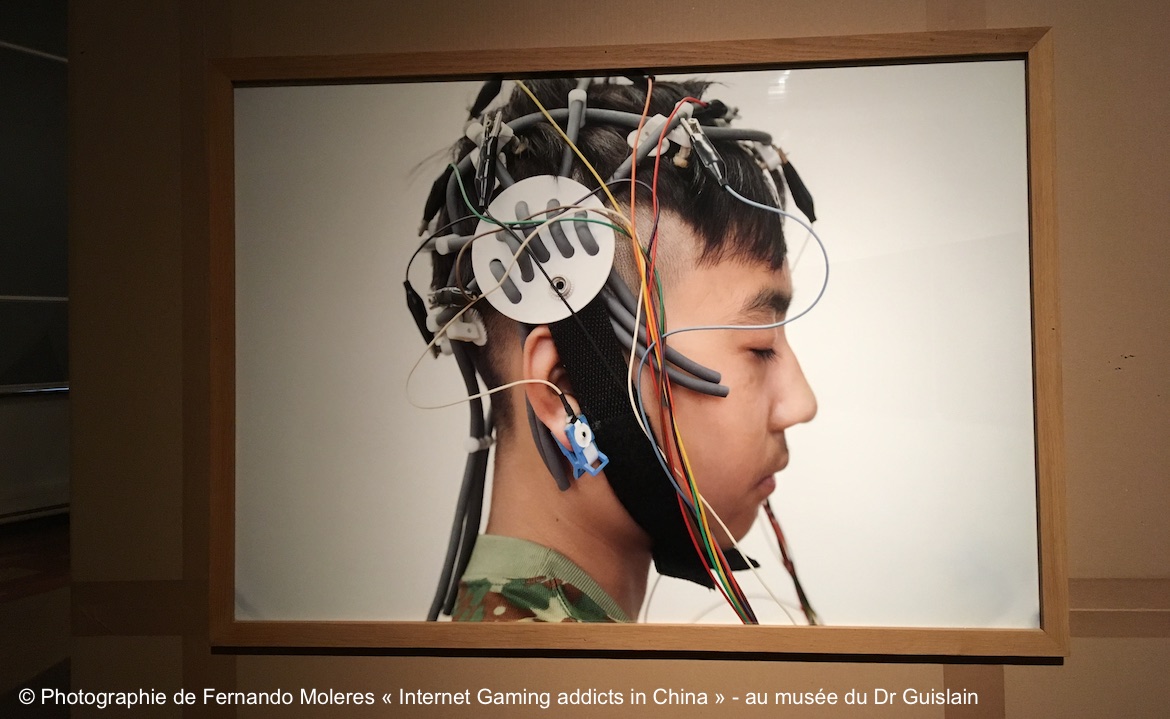 The first season of the French documentary Humans 3.0 (1) premiered in 2018. It is composed of three episodes, The Connected Man, The Repaired Man, and The Immortal Man. I will refer to the first chapter that begins with forceful words: “Programs will satisfy all of our desires. Artificial Intelligence will satisfy our hopes.” For many the promise is enticing. The example of the fulfill man that is shown is interesting: for 8 years Chris has lived connected to four electronic bracelets that control every morning his pulse, sleep quality, sexual activity… sensors that guarantee the “wellbeing and good health”, which he already had. The virtual assistant Alexa registers his demands and a camera takes photos every 5 seconds of everything around him. The narrator explains that all of this “gives his life a purpose and puts things in order”. Life for Chris is “no longer a mystery”.

What seems to this man to be a knot that allows him to have a body and make for him a place in the world, is proposed by the Quantified Self community as universal, based on the “human right to participate in science” (2). A new market is open to millions of people who are monitoring everything, from their vital signs to their mental health: “in a stressful world, it is useful to know if we are too nervous and if we are bipolar, or if we are going too slow and if this is because we are depressed”, narrates an “expert” in the documentary. Behind this proposal is the University of Singularity (3), financed by Google, whose guru announced that by 2030 the sensors connected to the brain will be able to delay aging and connect the brain to the cloud. For Google’s director, the fact that we will all be connected will be translated into a greater level of empathy, diffusing the differences of gender and culture… This is a conception of the brain that denies the drive.

In a world where “one of four people will have mental health problems”, what can be better than a virtual psychologist, designed by a “computer genius” to help people with depression. This machine, whose benefits are explained in a commercial, would detect the user that wishes to jump in front of a train and would send a message to the therapist – carnal – to “intervene in the conversation”. A Canadian entrepreneur, president of an institute of Mental Health, has placed her bet on this type of artificial intelligence that “provides what human beings lack: coherence and rigor”. That’s what it’s all about, trying to avoid failure, the unconscious. That is why the participants in the aid program for Syrian refugees explain that “the conversation must not take an undesirable course, that Tess – the virtual psychologist – does not remind them of their painful past like that one of their family members has died”. But, psychoanalysts know, as Gustavo Dessal writes in the blog,  “the randomness of the unconscious consists in the fact that the word to be spoken cannot be predicted, but once pronounced it proves that it could not be any other” (4). What will Tess do when it asks ‘What’s up?’ and the response is ‘Bad ever since my brother died’? Or when it says ‘Good morning’ and the response is ‘Not so good because…’?

For Big Data, the goal of maximizing health outcomes – physical and mental – by minimizing costs, is to obtain a whole series of data “without questioning the patient”. With the background image of a huge brain, the expert prays: “We have to create a machine that makes us more human.”

Re read by Lorena Hojman Davis