Pascale Simonet – Psychoanalysis “into the bargin” 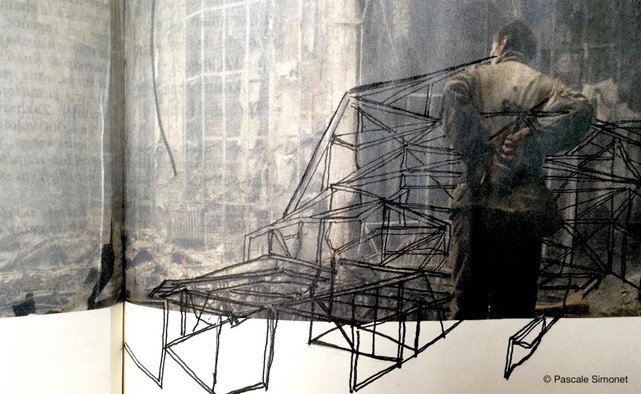 Lacan ardently desired that psychoanalysis comes face to face with the suffocating consequences of the discourse of science, that it be “the artificial lung” charged with “ensuring that it must embrace jouissance in speech such that history would continue. (1). He gave us the tools to get on with the fact that “the Lacanian unconscious has only bodies of words”, that language is certainly not an organ, but that it is linked to something that makes a hole in the real; Lilia Mahjoub’s point in this issue.

Previously, in 2002, Jacques-Alain Miller emphasised that democracy, under its leveling aspect, is a kind of a nymph transformed into harpy (2). Modernity would like us to love her; she is very cross with those who do not love her. Daily we verify the unbridled strength of the discourse of homeostasis, the totalitarian face of which is manifested in its feverish impatience to eliminate anything that could become an obstacle to the return of tension to an all-time-low. He continued: “Nothing will ever be worth falling asleep for”. But Chris M. Alexandris says to us here that nothing will ever make the brain more than a dreaming machine, nothing can stop the fact that “the unconscious, it speaks”, and that it mocks homeostasis.

Becoming the plague of neurocentric civilisation, analysis presents today as an indispensible breathing space for more and more subjects who refuse to allow a cerebral image, however precise, to be taken for the real with which they clash. They have had the experienced that a refusal of the common mode of saying opens them up to the novel emergence of a speech capable of producing truth effects and previously unissued jouissance.

Thus, analysis works in a determined way against any reduction. We do not aim to reduce the field of references of the analysand, says Nathalie Wülfing, but we interrogate under transference the place that his discourse takes in the symptom. What of this discourse is his symptom?

If we wanted to find an element to foster the encounter between the unconscious and the brain, in the title chosen for our Congress, Sergio Caretto proposes that it would be on this path of “nothing”, this “nothing” in common, this “nothing” which animates the drive, this incommensurable “nothing” that takes its beginning from the life of the speaking body.

Rather than building upon on the impotence of deficient subjects who resort to technical supports lodged in artificial organisms (René Fiori), psychoanalysis brings back language towards the possible interplay in language. It operates on the model of the Witz, turned towards a beyond where “nothing” is not found, but to where the satisfaction of an obscure jouissance beckons.

Firmly battling against “the hatred of the dark,” – that intimate part with which each one has to reckon, which devours him and that is unbearable to him – it [the hatred …] will survive only to always there revive the poetic fire, without regards for the imperatives dictated by the recourse to utilities that are only made to veil, to cradle choke. This issue of A-kephalos presents diverse modulations.